Is there any place advertising shouldn’t go?

New York, April 14, 2023: Exactly 20 years after the successful decoding of the complete human genome, advertisers have found a way to encode their own messages onto our DNA.

Nike, always an innovator, went the molecular-branding route, arranging “non-working” chromosomes to spell out the famous sports gear manufacturer’s name when viewed under a microscope. “We felt that macro-level branding—billboards, shopping bags, and so forth—was no longer news. DNA represents a whole new opportunity for us” said Nike spokesperson Wan-Li Shiu-Greenberg.

Guinness’s “Be your Guiness” app isn’t quite as subtle. Capitalizing on the fanatical loyalty of its customers, the famous brewery offers a “simple, low-cost, low-risk” genetic modification that lets them proudly display their beer of choice—on their forehead.

The genetic tweak triggers capillary action that spells out “Guinness” across the forehead when the subject has consumed a pint of Guinness. Will other beers produce the same result? No, says company CMO Alec “Rugger” Cowins. “The same unique properties that make Guinness Stout impossible to imitate, are necessary to make the DNA modification work.”

Says Shiu-Greenberg: “We used to think of the human genome as a blueprint. Now we think of it as a medium for branding.”

How do you feel about this dispatch from the future? Scandalized? Resigned? Psyched?

All legitimate reactions. But if your reaction is skepticism, be careful. The history of modern advertising is a steady encroachment of the commercial world into areas we once saw as sacrosanct. Hospitals. Schools. Amateur sports. Public transportation. PBS, for chrissakes.

And if you don’t think the human body is already fair game for advertisers, you haven’t heard Harley-Davidson’s marketing people talk about the many ways they facilitate tattooing their brand onto the pasty skin under all that black leather.

What has powered this encroachment? (A prejudicial term, I agree, but “expansion” really doesn’t capture what’s happening.) I think it’s a combination of 3 forces:

Technology is the most obvious culprit. Radio, TV, internet, mobile, p2p, social sharing, cloud—as soon as a new communications technology is created, new ways to “support” it via advertising soon follow. And as technological innovation bends communication towards the hyper-personal—think cookies and Facebook data-mining—so advertising slipstreams behind it and finds new ways to get past our personal firewalls.

Message Saturation is just arithmetic: you can’t, as a gnarly old art director once told me, put 10 pounds of shit in a 5-lb. box. Advertisers used to sell 8 minutes out of every hour of programming for commercials. Now it’s as high as 26 minutes. So each message has more competition. Content—the reason people engage in the 1st place—becomes less appealing. Viewers get more fatigued and, if they’re tech-savvy, more motivated to find ad-free workarounds. Eventually, you just run out of room, literally and psychologically. “White space”—an uncluttered advertising environment– becomes a Holy Grail. Sometimes that white space is geographic, like emerging global markets. But mostly, it’s cultural—whatever parts of society and daily life that are still pristinely uncommercial. What determines which of these increasingly rare ad-free zones will remain that way? Money. Which brings us to…

Income Inequality. In case you haven’t noticed, the rich are getting richer and the poor are getting poorer. This is happening not only to individuals, but to institutions and governments. Stockton and Palo Alto are both in California but might as well be in different galaxies, such is the disparity in their wealth and their prospects for the future. Palo Alto doesn’t need to pimp its hospitals, schools and infrastructure to advertisers, so it doesn’t. Stockton would sell its kindergarten classrooms to Phillip Morris if it could, which it probably can’t because there aren’t enough people left in Stockton who can afford premium-brand cigarettes. But in between Stockton and Palo Alto there are hundreds of American towns, cities and institutions who are looking hard at their budget shortfalls and their white-space assets ands wondering where, if anywhere, they can afford to draw the line. 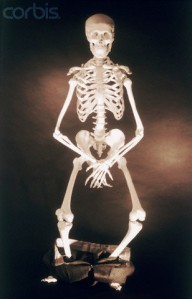 I am feeling remorseful.

Yom Kippur stirred things up, and then the disappearance of 30% of my life savings whipped it into a froth. Did I, in my own small way, help bring about this calamity by prodding people to buy things they didn’t need or couldn’t afford? And now, will I become more compliant about unreasonable client demands in my newly hobbled financial state? Can I afford to be principled? What does being principled in the ad business mean anyway?

For those of you wondering similar things, or who just like taking stupid self-diagnostic tests, here’s the First Annual Advertising Morality Gut Check Test. For each situation posed, ask yourself what you’d do, then rate your response on this scale:

For each situation, rate your answer from 1 thru 4 using this scale:

Using a parity claim like “No other brand gives you more” when you know people often take this as meaning superiority.

You’ve been asked by the client to get some “younger thinking” on his business than the two early-50s creatives who now work on it.

You have the opportunity to pitch a piece of Wal-Mart business. You detest Wal-Mart for its refusal to sell birth control but willingness to sell guns.

Using fear or doubt as a selling tool.

Using sex as a selling tool.

Persuading people to use a brand you believe is inferior to the brand you use at home.

Your client is ready to spend a significant amount of money to launch a new product. The launch effort would represent a nice piece of revenue for your shop. You believe the product has no chance of succeeding.

Persuading people to ask for an expensive brand-name Rx drug when the cheap generic works just as well.

Working on Capitol One or similar accounts that promote easy credit.

A campaign on behalf of the coal industry.

A campaign on behalf of the mortgage-broker’s association.

A campaign about the health benefits of red meat from the National Beef Council.

You’ve been asked to pitch a sugary kid’s cereal. It would be a huge win for your shop. You have an overweight child at risk of developing diabetes. 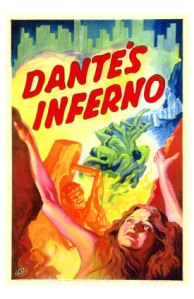 The morning after Washington Mutual was seized by the Federal government, I received the following jolly email: 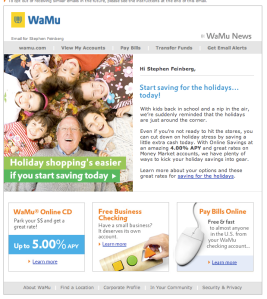 Talk about CRM! They’re still looking to “deepen my engagement” after they’re dead!

They call this kind of graphics-loaded push email “rich media.” What do you call it when the sender is insolvent, I wonder?