Leave a comment
By sfeinberg A day in the Life, Mad Men

Welcome to the Machine

and after all, we’re only ordinary men

–Pink Floyd, “Dark Side of the Moon”

Well, it’s not as exciting as Megan tidying up the ruins of last night’s party in her undies, but the scene in last night’s “Mad Men” season premier in which Don failed to go to bat for Peggy’s Heinz creative work certainly got my attention.

First: good for Peggy to try to do something other than the expected bite-and-smile formula for a food product.

But shame on her for substituting a technique (high-speed macrophotography) for an idea, which the dancing bean campaign conspicuously lacked.

And shame on Don, who was too busy thinking about Megan’s undies the new airline account, for not killing it before the client meeting.

Be that as it may, Peggy had her selling shoes on in front of the Pittsburgh posse, to little avail. Don’s lame “I hope you’re as excited about this work as we are” line as he arrives late to the meeting does nothing to change that. And when the Heinz guys begin the death-by-a-thousand-cuts, Don’s silence is deafening—and infuriating to Peggy.

Peggy, Peggy, Peggy….welcome to the machine. Don used to be Us. Now he’s Them—agency management that looks at Heinz and sees a mortgage payment, not an idea-killer. Don’s not building his portfolio anymore…he’s buying snow-white wall to wall carpeting to zooba-zooba on.

Peggy doesn’t know it, but she’s in the sweet spot of her career: as a creative supervisor, she’s senior enough to make an impact, work on the best briefs (letting Megan do the coupons), and see them through to presentation. Yet she can remain pure. She has no payrolls to meet, no office rent to pay, no client CEO to answer to (at least directly).

In modern big-agency hierarchy, this sweet spot lasts approximately through Group Creative Director level. Once Executive or—God forbid—Chief becomes part of your title, the dancing beans go back in the can and life becomes much more complicated. Yes you make more money. Yes you have more power.

But you have Peggy’s eyes, bright with fury and disappointment, boring into you. 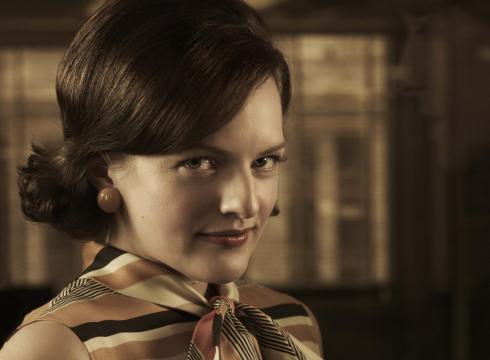 Thanks for the support, asshole.