1 Comment
A day in the Life, Ad industry, history, typography

These are gone. I’m still here.

I turned 60 today. Thirty six of those 60 years have been spent in The Belly of the Beast, churning out ads.

While the plot lines of this business are as well-worn as an old married couple’s arguments (clients are tasteless/account people are spineless/creatives are clueless), the vocabulary used to express it has changed. Here are 20 terms and names in common use in ad agencies when I started which are no more, thanks to technology, death and consultants:

Above the Line/Below the Line

Want to know what these terms mean and too lazy to google them all? Go to seidensays.com, my agency’s blog, for the full rundown.

a tale of two spokespeople

The use of celebrity spokespeople in ad campaigns in lieu of a real idea seems to be on the wane, which is a good thing. Chalk it up to the growing sophistication of the audience, which would rather know what their friends and peers think of a product than a bought and paid for shill.

Still, you see them, and if you watch Mad Men, you see them a lot. Especially John Slattery (Roger Sterling) for Lincoln. On paper (or PowerPoint) this looks like a good choice: guy who used to be dusty, now of the moment; solid Establishment type with a rebellious streak; a guy who you could plausibly see behind the wheel of this car (unlike, say, the crazy-ass choice of Tiger Woods for Buick a few years back).

But what a waste. Basically, they use Slattery as the world’s most expensive extra and hand-model. He has almost no lines. We see him in the distance, in shadow, from behind–like he was in a Witness Protection program, not starring in a TV commercial. Here’s a few examples: 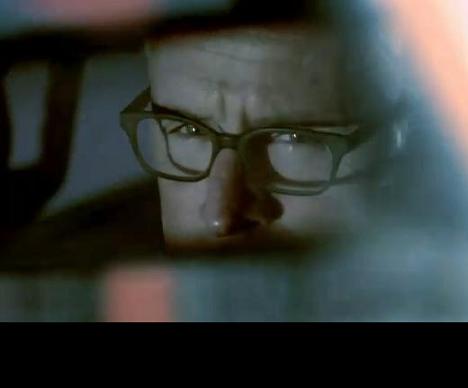 Who is that guy? What is he hiding? 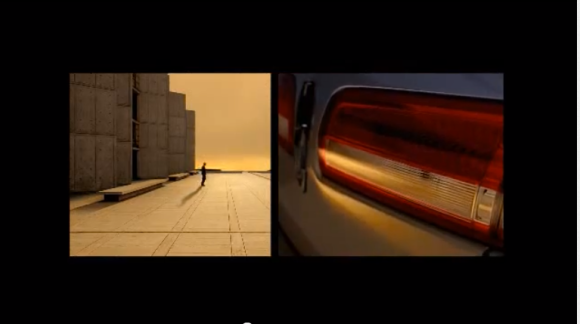 That very tiny man on the left would be Roger.

Underexposure is not Sam Waterston‘s problem in the TD Ameritrade campaign. He is the campaign–him and a big honking logo. No, his problem is that the company’s owner, Joe Ricketts, was revealed to be a batshit-crazy, hate-mongering wingnut. Eager to join such great Americans as the Koch brothers and Sheldon Adelson, Ricketts was ready to open up his checkbook to run a rancid screed linking President Obama to Rev. Wright–a spot so noxious and inflammatory that even Mitt Romney felt compelled to condemn it (after the storyboard was leaked to the New York Times).

In a delicious reversal from the usual order of things, client bad behavior was dinging the spokesperson’s brand rather than the other way around. A brief read of Waterston’s bio suggests that he himself is sane, educated and moderately progressive in his views. And his other advertising activities include work for the Nation. Waterston, obviously recruited to TD Ameritrade as the rock-ribbed symbol of virtue and probity, must have had his lawyers looking closely to see if there was an escape clause in his contract last week. Even in these morally ambivalent times, this cannot be what he signed up for .

Welcome to the Machine

and after all, we’re only ordinary men

–Pink Floyd, “Dark Side of the Moon”

Well, it’s not as exciting as Megan tidying up the ruins of last night’s party in her undies, but the scene in last night’s “Mad Men” season premier in which Don failed to go to bat for Peggy’s Heinz creative work certainly got my attention.

First: good for Peggy to try to do something other than the expected bite-and-smile formula for a food product.

But shame on her for substituting a technique (high-speed macrophotography) for an idea, which the dancing bean campaign conspicuously lacked.

And shame on Don, who was too busy thinking about Megan’s undies the new airline account, for not killing it before the client meeting.

Be that as it may, Peggy had her selling shoes on in front of the Pittsburgh posse, to little avail. Don’s lame “I hope you’re as excited about this work as we are” line as he arrives late to the meeting does nothing to change that. And when the Heinz guys begin the death-by-a-thousand-cuts, Don’s silence is deafening—and infuriating to Peggy.

Peggy, Peggy, Peggy….welcome to the machine. Don used to be Us. Now he’s Them—agency management that looks at Heinz and sees a mortgage payment, not an idea-killer. Don’s not building his portfolio anymore…he’s buying snow-white wall to wall carpeting to zooba-zooba on.

Peggy doesn’t know it, but she’s in the sweet spot of her career: as a creative supervisor, she’s senior enough to make an impact, work on the best briefs (letting Megan do the coupons), and see them through to presentation. Yet she can remain pure. She has no payrolls to meet, no office rent to pay, no client CEO to answer to (at least directly).

In modern big-agency hierarchy, this sweet spot lasts approximately through Group Creative Director level. Once Executive or—God forbid—Chief becomes part of your title, the dancing beans go back in the can and life becomes much more complicated. Yes you make more money. Yes you have more power.

But you have Peggy’s eyes, bright with fury and disappointment, boring into you.

Thanks for the support, asshole.