In America, anyone can advertise whenever they want. 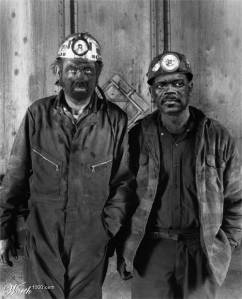 I watched the Las Vegas Democratic debate Thursday night, start to finish (and an odd finish it was, going out on the inane diamonds-or-pearls question), but nothing the candidates said could match the accompanying ads for highlighting this country’s weirdness.

I’m not sure if this was somebody’s idea of a joke, but one of the big advertisers was Clean Coal USA, which if you wipe away the light, airy, blue sky art direction, is the same grimy coal industry it’s always been.

Am I missing something? Are all these candidates in the bag already? Have they cut their deal with Big Energy? (Say it isn’t so, Dennis!) Or are the mining interests playing some kind of deep game, hoping that the more Americans watch these people bloviate, the more they’ll be inclined to commit to Mitt?

Oh—there was also a jaw-droppingly cheap and bad :60 DR spot for some sort of CD video bible. It showed a white nuclear family smiling and hugging on the couch as they watched the faux-parchment pages flick by on their big ol’ flatscreen.

Somehow, I don’t think they were TIVOing the debate while they watched.